You can change your cookie settings at any time.

It’s the middle of the week. You’ve completed every task in your schedule for this morning, but you’ve hit the 2PM slump. With an important deadline tomorrow, you can’t afford to slow down. Pro Plus Ultra is specially formulated for situations like this. It helps you maintain concentration and reduce fatigue1.

What's in Pro Plus Ultra?

Pro Plus Ultra contains a unique blend of performance ingredients to help you be at your best throughout the working day.

Contribute to a reduction in tiredness and fatigue

A natural source of caffeine

With Pro Plus Ultra, you can receive the slow-release caffeine you need to stay alert and concentrate for longer. Also, Pro Plus Ultra with vitamins B6 and B12 contributes to reducing tiredness and fatigue, helping you stay on form when you need to.

Pro Plus Ultra is a food supplement and should not replace a balanced diet and healthy lifestyle.

How to take
pro plus ultra

Sometimes, you just know you have a hard day ahead when you can’t afford to let your energy and concentration fade. That’s when Pro Plus Ultra’s slow release caffeine formula and unique blend of vitamins and botanicals can give you the sustained support you need to power through. 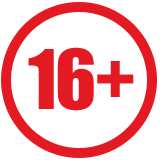 For adults and children aged 16 and over

Not recommended for children under 16 years old or pregnant women. 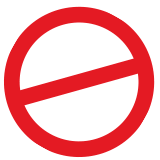 That's 100mg of caffeine, equivalent to 100ml of brewed coffee.

When should I take Pro Plus Ultra?

At times of pressure, when you’re feeling tired, when all-day productivity and concentration count, and whenever you have a hard day ahead. Pro Plus Ultra could help you sustain a long working day without feeling burnt out.

We live in a non-stop world where everything is vying for our attention. Research shows that people check their smartphones on average every 12 minutes during waking hours and at work we experience an interruption every 8 minutes2. It’s no wonder people are struggling to concentrate.

Find your focus at work

Meeting tight deadlines, getting in that daily workout, spending time with friends – the modern world is a constant balancing act. At the end of the day, you’re the only one who knows if you’ve taken on too much, or you’ve been working too many late shifts, but it’s really important to take some time out to relax and unwind.

Go somewhere quiet, where you won't be interrupted.

Put on soothing music and take a moment to focus on each muscle in your body.

If your workplace doesn't have a resident yogi, check out online yoga classes.

Try to get at least 20 minutes of physical exercise every day.

Work smarter, not harder. If you’ve just been assigned a major project, don’t set a massive to-do-list and overwhelm yourself, keep it short and concise by only focussing on the three to five most important tasks for the day, this will help reduce burn out.

We’re not robots. We can’t work flat out at optimum efficiency from 9am to 5pm. You’re bound to tire and get a lapse in concentration at some point. Instead, try setting up hour long work blocks with a 5-minute break in between. This will keep your concentration going all day.

It’s tempting to sit and have lunch at your desk, but this can harm your concentration. Instead, try getting up and going for a short walk, or just eating somewhere new. It doesn’t matter whether it’s a packed lunch or eating out, a change in scenery can help you feel more energised for the rest of the day.

We all believe that we’re multitaskers. But in fact, humans just aren’t capable of doing multiple things at once. We’re not able to seamlessly juggle tasks, instead what happens is our attention is simply being shifted from one task to another very quickly. Instead of multitasking, focus on one thing at a time and get it finished.

We’re all creatures of habit, and so are our brains. Establishing a simple routine is great for improving productivity so we can carry out tasks faster since we don’t have to ‘think’ about the task too deeply and can instead work on autopilot.

Delivered to your door

You can buy Pro Plus online and from most supermarkets and pharmacies.